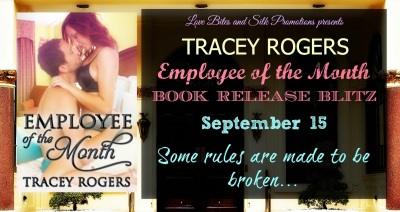 Some rules are made to be broken…

Holly Wilder finds some of those rules pretty difficult to follow during her boss’s visits to present the Employee of the Month award. A relationship between them is prohibited, and even if it wasn’t, Holly has no intention of ever falling in love again. But that doesn’t stop her from craving Max’s touch.

Hotel owner Max Lazzari never expected to break his own rules, especially when they are so important to him. But sexy employee Holly is too hard to resist. Their no-strings, secret arrangement fits in perfectly with his no-commitment plan. A plan to ensure that no woman will ever again have the opportunity to hurt him.

Sizzling nights together mean Holly and Max start looking forward to the monthly visits more and more. Until they are both brought down to earth with a bump—a pregnancy one! 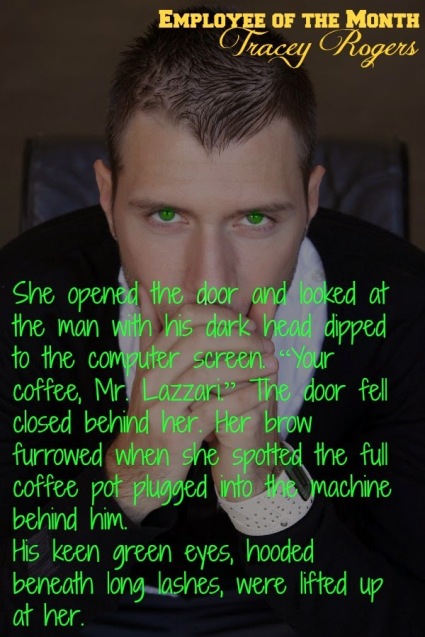 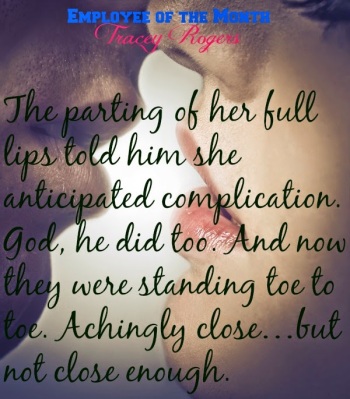 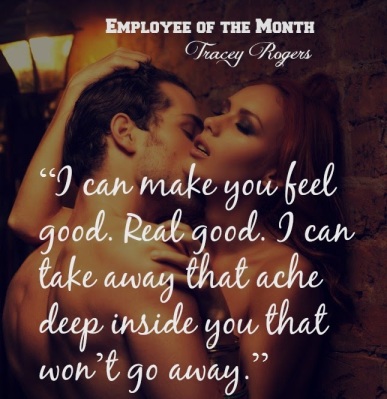 Holly carried a tray holding freshly ground coffee. The plush carpeted corridor absorbed the tension in her legs as she headed to Max Lazzari’s office. Dragging air deep into her lungs, she inhaled the aroma of coffee, allowing it to invigorate her senses.

Must be professional, she reminded her lust-filled brain, though her body’s reactions were refusing to comply.

Balancing the tray on one of her not quite controlled arms, Holly sucked in a breath before knocking on the door.

“Come in.” His deep tone made her tray wobble. She watched with wide eyes as the coffee almost sloshed over the rim of the cup, then watched how the ripples of liquid aftershock mirrored the way her insides felt.

She opened the door and looked at the man with his dark head dipped to the computer screen. “Your coffee, Mr. Lazzari.” The door fell closed behind her. Her brow furrowed when she spotted the full coffee pot plugged into the machine behind him.

His keen green eyes, hooded beneath long lashes, were lifted up at her.

She carried the tray over to set it on the desk. “I believe you wanted to speak to me about an upcoming function. Which function would that be?”

He rose, startling her. Her shaky fingers still gripped the tray, but now her hold whitened her knuckles. The cup rattled.

“This one,” his husky voice said. With a grin he took her chin in his hand and captured her mouth with his. He dropped his hand, bracing both of them on the desk to kiss her more thoroughly, more deeply.

Holly allowed arousal to cascade through her, absorbing the softness and skill of his lips as he teased and swept, offering her the taste she’d been craving. She lifted her hand to thread her fingers through the dark hair at his nape.

God, she’d been waiting for this.

Arching closer, her thighs dug hard into the desk edge. She tilted her head, inviting him deeper. If her darned pencil skirt wasn’t so tight she’d have crawled over the desk by now. She heard a soft groan. Hers.

“Missed me?” Max chuckled as he gave her his now familiar lopsided grin. The one she held in her memory to help her through the weeks.

“I did,” she confirmed, frowning as she mourned the loss of his lips. “There was an extra day in this month.”

She rested her palms over his jaw, covering the dimples in his tanned cheeks. She liked the feel of his smooth, clean shaven skin, the warmth against her needy hands.

“But you broke the rules, Mr. Lazzari. Absolutely no touching at work, remember?”

Usually found with a pen in my hand, or my head in a book, I’m a contemporary romance author who also thinks fangs and wings are a very attractive accessory.

A devourer of books from an early age, imagination was my best discovery. I spent much of my childhood stepping into wardrobes, searching for that magical snowy world where conversing with animals would be expected. When I wasn’t searching for those worlds, I wrote about them instead. My first step into the world of romance was when I stole sneak peeks into my nana’s books. I’m still in that world and I refuse to leave.

I live in Staffordshire, UK, with my husband and three wonderful children. An avid reader and writer of romance, I strongly believe that words make the world go around. I like nothing more than to be swept away by the words on a page. I hope I can sweep you away too.

You can find me here:

3 responses to “Employee of the Month by Tracey Rogers”