I owe my lovely hostess a huge thank you for having me over today. My paranormal romantic comedy, Flirting with Fire, was just released by Decadent Publishing. It features a clueless fire mage, his fed-up cat familiar, and Madame Eve’s renowned one-night stand service. On All Hallows’ Eve, this witch and warlock iron out the kinks of an outdated employment contract in a spectacularly fiery fashion (and once you read the blurb, my very odd description will make a lot more sense).

In celebration, I’m giving away a $15 gift card. To enter, leave a comment here, and drop your details in the Rafflecopter widget (at the bottom of this post, assuming the code works, or at my website: TaraQuan.com/FlirtingwithFire)

Flirting with Fire (A Witch’s Night Out, 1)

Apprentice witch Catalina Gato is prohibited from assuming her human form in front of her new employer without his express permission. Since he doesn’t know he’s a warlock, he can’t give it, leaving her in a familiar’s limbo. To make matters worse, she’s barred from leaving his house, and her attempts to enlighten him of his true nature results in burnt notes, charred walls, and exploding laptops.

On All Hallows’ Eve, she gets one night of freedom. Deciding some no-strings-attached sex might take the edge off the intense attraction she feels for her clueless boss, she signs up for Madame Eve’s service. When she meets her masked mystery date at the Castillo Capital, she realizes she might have gotten much more than she bargained for.

After being gifted a one-night stand from his annoying best friend, attorney Leo Difuoco reluctantly ventures to the Castillo Capital to celebrate Halloween. When he meets his oddly familiar green-eyed date in a Cat Woman costume, flames literally ignite, sparks magically fly, and life as he knows it changes forever.

Gomez’s manners thus far had been impeccable, but Leo could draw a straight line from the man’s eyeballs to Catwoman’s chest. To be fair, those were some gorgeous breasts—either that or the woman wore a killer push-up bra. High, pert, and full, they combined with lush wide hips to form a perfect hourglass shape. In those heels, her legs seemed to go on for miles.

Distracted by the lithe yet voluptuous body, it took him a moment before he could focus on her face. She had straight, silky black hair, cut at the chin to form a short bob. Her dark leather mask started halfway down her forehead and ended under her cheekbone, lending her heart-shaped face a mysterious and sexy air. Plum red lipstick accentuated a pair of pouting lips, which were perfectly situated between a small button nose and sharp pointed chin.

He had to agree with Jack. Catwoman was smoking.

The maître d’ led her into the lounge’s interior. As she walked closer, her spicy perfume blended with the scent of fresh tobacco, the intoxicating combination interfering with his ability to focus. Spotting him, she stopped in her tracks.

Her emerald-green eyes went wide. Then she swept him from head to toe with her gaze. The direct scrutiny triggered a sudden tightness in his pants. An electric sizzle spread over his skin and made his fingertips tingle.

A collective gasp distracted him from the odd physiological reaction. Thecandle on his table now blazed blue instead of orange, the flame growing to twice its original size. He snuck a peek at the other tables, all of which seemed to be experiencing the same fiery effect.

The lounge must have invested in some fancy pyrotechnic candles in honor of Halloween. 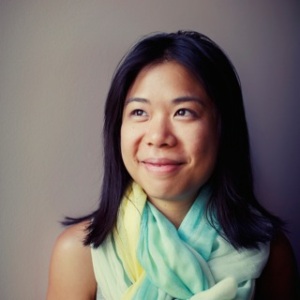 Globetrotter, lover of languages, and romance author, Tara Quan has an addiction for crafting tales with a pinch of spice and a smidgen of kink. Inspired by her travels, Tara enjoys tossing her kick-ass heroines and alpha males into exotic contemporary locales, paranormal worlds, and post-apocalyptic futures. Armed with magical powers or conventional weapons, her characters are guaranteed a suspenseful and sensual ride, as well as their own happily ever after. Learn more at www.taraquan.com

One response to “Flirting with Fire by Tara Quan”