For over a year, Miss Gwendolyn Parkes and the Duke of Sowrith have corresponded. At first an error, the letters quickly became something much more, a friendship forged on like minds and perhaps the hope of something more…

When Gwen is compelled by her employer to attend the duke at his Dartmoor estate, she is devastated to find her beloved friend cold and imperious, even if he is the most handsome man she’s ever seen – despite his scars.

Edward, Duke of Sowrith, has longed to meet Gwen. Arranging her passage to his estate, he is tongue-tied when confronted with her quiet beauty. All too aware of the twisted ruin of his face, he allows fear to hold him silent…until Gwen’s safety is threatened.

Finally together, they grow closer until it seems they can never again be apart – but can a commoner and a duke find a happily ever after?

“Edward.” Her hand slid up his lapel. Turning, he found her gray gaze upon him, a faint crease between her brows. “What is different?”

He stared into her eyes. She met his monocular gaze, no part of her expression revolted by the eye patch, the scars. He glanced at her hand, stroking his chest almost absently, her attention fully and totally on him. “When I received your letter, the one meant for Etta, it was like a ray of light, a beacon through relentless gray. So I responded and you sent your next letter and they….You were so full of joy, it bubbled out from the page and made me think perhaps I could experience it, if only a little. You had Etta, and your parents, and your employment, and though all three annoyed you on occasion, you had such…illumination.” His finger began a mad rhythm against his leg. “I’ve never had any of that. I’ve been here alone since the accident. I didn’t go to Eton. I was too ill. By the time I was old enough to attend university, I was so far behind there was no point. I went to London for the Season, but…. That did not turn out well.” Memories of horrified stares assaulted him, the whispers and notoriety that had come with his foray into society. Forcing the memories away, he said, “So I came home, and stayed.

“Then you sent me a letter. A bright, shining thing, and we corresponded and I…I wanted to meet you. So I arranged it that Beecham brought you to Sowrith, but I never thought he would not tell you, that I—” He grimaced. “You know what happened.

“Then you arrived, you were here, and I couldn’t…. There were no words. So I stood like a fool and watched you, and I wished I had the words that came so easily by pen. You were just like your letters—bright and gold and glittering, with your smile and your lightness, even when you frowned. And that was amazing to me. You are amazing to me. I wish I could…I wish I could tell you…” Finally, he looked at her.

Eyes wide, she regarded him, her chest rising and falling rapidly.

Shifting his weight, he averted his gaze. “I’m sorry, I shouldn’t have said those things. I—”

A gentle finger against his lips stilled his words, and he remained silent as her hand slipped to cup his cheek. The ruined one. Emotion shuddered through him as he absorbed her touch.

“See? You say such things and I can’t…” Her thumb tracing his cheekbone, her other hand slid up his chest to crumple his lapel as she pulled. Following her direction, he leaned down.

Tentatively, her lips brushed his.

Hardly daring to breathe, he stood stock still as she hesitantly explored the shape of his mouth, her lips molding to his with small stops and starts. Her tongue darted against his lips and he shuddered, the sensation exquisite and overwhelming.

Wrapping his good arm around her, he urged her close. She came, her arms slipping about his neck as her lips opened under his. The wind tore at his hair and howled in his ears, his heart thundering in his chest. Her mouth was warm and eager, tasting of honey and gold. Of Gwen.

Other books in the series: 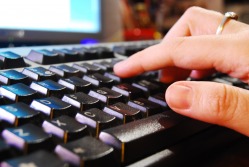 Cassandra Dean is the author of historical romance ranging from sweet to steamy, playing about in the eras, roaming from Ancient Rome to Victorian to the Old West and beyond. Her books take readers on an emotional rollercoaster, from the lowest of lows to the joyous of highs. And, of course, her characters fall into the forever kind of love.