Congratulations to my fellow Evernight author Liv Rancourt on her new release!

Can a jock find love with a hot little hipster?

Ronnie Durand is a country boy who transfers to the University of Washington after two years at Central. He’ll have to give up playing football, though finishing his education at a major university in Seattle – and being out and proud without having to look over his shoulder – makes the sacrifice worthwhile.

But finding friends at a huge school is tough, especially when the hottest guy Ronnie meets makes him doubt his own sanity.

Sang’s been on his own a long time. He’s only a couple steps away from living on the street, and he’s got dreams so big they don’t leave space for a steady boyfriend. Then he meets Ronnie, who just might be strong enough to break through his barriers….as long as Sang lets him in on one big secret. 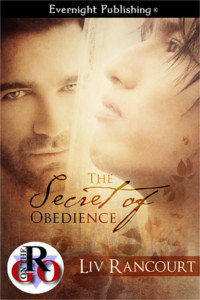 It’s warm enough for shorts and a t-shirt, and the campus is relatively quiet except for a handful of die-hard election enthusiasts who are still passing out flyers in front of the HUB. I ignore the idiots pushing their anti-gay marriage agenda, and sidestep the fans of Senator Whozit. My freakishly liberal mother married a small town Republican, so I grew up taking the fifth on political stuff, more of an agnostic than an actual atheist. I pretty much can’t open my mouth without being accused of siding with one of them, so I keep it shut.

But I do grab a pamphlet explaining why marijuana should be legal, because duh.

The Ave is busier than the campus, mostly with college kids wandering through the pizza places to the used book stores to the faded pubs. A steady stream of cars rolls past, blunting the crisp fall air with exhaust. I’m about to duck into the College Inn Pub when Sang comes around the corner of 40th St.

Surprise hits me harder than the coffee I had for breakfast, fading to a rock-hard blast of desire. His long hair is twisted into a bun and secured with a pair of glossy black sticks. His faded gray tunic hits him about mid-thigh, his legs are bare, and he’s wearing a beat-up pair of Dr. Martens and a long feathered earring. Maybe I’m weird, but I want him in all his freaky, funky beauty.

I cross my arms and wait. There’s no place for him to go except right past me. Across the street, someone bursts out cursing and a driver lays on their car’s horn. I glance over. No blood. I glance back. No Sang. Dammit. There’s only one store between me and where I saw him last, and it’s one of those one-off Asian places where the window’s crowded with candies and porcelain bowls and small brass Buddhas. Nowhere else he could have gone, so I push through the door.

The light is much dimmer than outside, and it takes me a minute to adjust. I catch a flash of white in the corner, Sang’s feather. He’s contemplating a display of colored packages, but all the labels are in some other language, so I don’t know what they are. I walk up behind him, close enough to pick up his unique scent through the store’s incense and sesame oil smell.

“Don’t crowd me, Sugar Cookie.” He doesn’t turn around.

Right. I take another step, close enough for the hem of his skirt to brush against my shorts.

He spins around and puts his hand on my chest. “What are you doing?” He sounds indignant, but his eyes are laughing.

And his smile strips me bare.

“I was thinking about grabbing a beer next door.” I flick the feather with my index finger. “Wanna join me?”

His smile softens, and he tugs my hand away from his earring, lacing our fingers together. “I’m sorry, baby. I can’t. I’m working today.”

“What are you doing? Do you live down here?” So many questions. Finding him on The Ave pretty much convinces me his “I don’t go to UW” line is bullshit.

He brushes my knuckles against his cheek. “I wish I had time to play.” He spins back around. “I’m just grabbing something quick for lunch.”

Frustration forces me back a little. “Okay well, maybe I should grab something, too. The Husky game starts in about an hour.”

“Are you going to watch the Seahawks tomorrow?” He slides a glance over his shoulder and flicks his fingers so I can see his team-colors manicure.

I almost say “only if you’ll watch it with me”, but I don’t want to get shot down again. “Yeah, if I get my homework done.”

“Good. They’re playing Denver, you know, and I hate the Broncos.”

Talking football with my favorite freak surrounded by a store full of Made In China is a little surreal. My head’s pretty spun when he grabs a bag off the rack and shoves it at me.

“Here,” he says, grinning so hard he’s almost giving himself a dimple. “You need some of this.”

The bag is full of little brown balls about the size of peas. “What is it?”

He’s still digging through the racks, flipping from package to package. “This one, too.” He tosses something back at me.

I do my best to read the label. “Moot dow tai.”

“Mut dau tay.” He echoes me, but the words sound nothing like mine.

“Is this Chinese or something?”

He gives me an exasperated look over his shoulder and twitches his ass so it bumps against my thighs. “Vietnamese, Cookie.”

I feel sorta stupid. I’ve never met anyone from Vietnam before. Still holding the last package he’s handed me, I ask “What are these red things?”

“Strawberry candy. I love them.”

Might be a weird combination with the beer I’d been planning to drink during the Husky game, but I don’t want to offend him a second time. If I even offended him the first time. It’s hard to tell. His energy is as changeable as a river when there are clouds overhead, sometimes sparkling but other times dark as pitch.

“This one’s good, too. Hat sen sey kho. Fried lotus seeds.” He spins, hands it to me, too close, making it hard for me to breathe. He grabs a couple more for himself and steps up until he’s pressed against me. “Come on, Cookie. Get out of the way so I can pay for this.” He snuggles his nose against my chest, humming so I can feel the vibration in my sternum.

“I gotta get back to work.” His body and his mouth are saying such completely different things that I can’t move, don’t know how to respond. After a moment he sighs and steps around me. “If I go out tonight, it won’t be until very late. I have to work.”

Hope and disappointment have an MMA bout in my gut. “Don’t know if I’ll go out at all.”

“Maybe I’ll see you next week some time, then.”

Hope gets the upper hand. “Will you?”

“What?” His feather flutters in a sudden breeze.

“If you get very, very lucky.” He slides some cash to the shriveled old woman behind the register. She speaks to him in Vietnamese, and he laughs and answers back. Then he’s gone, but when I go to pay for the snacks he’s chosen for me, I find out he already did. 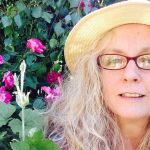 I write romance: m/f, m/m, and v/h, where the h is for human and the v is for vampire … or sometimes demon … I lean more towards funny than angst. When I’m not writing I take care of tiny premature babies or teenagers, depending on whether I’m at home or at work. My husband is a soul of patience, my dog’s cuteness is legendary, and we share the homestead with three ferrets. Who steal things. Because they’re brats.

Come find me. We’ll have fun!

2 responses to “The Secret of Obedience by Liv Rancourt”