Congratulations to my fellow Evernight author Gale Stanley on her new release! 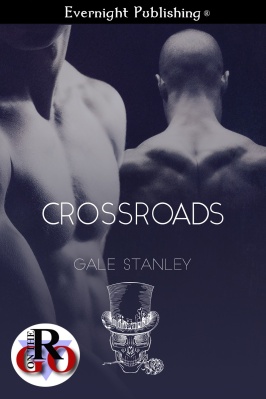 Hi! Thanks for letting me stop by to talk about my new book – Crossroads.

The story was inspired by a recent trip to New Orleans. We stayed at the historic Omni Royal Orleans in the heart of the French Quarter and we were able to walk to all the fantastic restaurants, shopping, and entertainment. We toured the area hit by Katrina, the cemeteries, and the voodoo museum. In movies and TV, voodoo is usually shown as a dark and scary practice. In reality, it’s a religious practice in which the followers have direct contact with the spirits. And that’s the story I wanted to tell.

The events in Crossroads take place around Christmas, a season of miracles, but really, it could happen any time of the year. All you have to do is believe…

Long time lovers, Louis Abellard and Jesse Trudeau work in a Voodoo shop in the French Quarter. Jesse is a believer, but Louis turned his back on the spirits when they allowed his mother to die of cancer.

When Jesse is hospitalized with leukemia, Louis is desperate to save him. He’ll do anything—except ask the spirits for help. Then one night an unlikely ally makes contact, and Louis finds himself at a crossroads. Maybe it’s time to revisit his past and confront his inner demons.

Three years ago, Jesse walked into the voodoo shop and asked for a job. It was love at first sight—for Mawmaw and Jesse. They hit it off immediately. Jesse is a believer, the grandson she should have had.

I was smitten, too, but for other reasons. Jesse looked so damn hot, all long blond hair and golden-brown skin like he should have been riding a surfboard instead of a skateboard. His cutoffs were stretched tight over the bulge at his crotch, and being the slut I was back then, I wanted to fuck him. I gave Mawmaw a thumbs-up, and she hired him on the spot.

Jesse stayed for dinner. My grandmother filled his head with ghost stories and his stomach with her spicy shrimp gumbo. I took him to bed later and filled him in other ways. It didn’t take long for lust to turn into the real thing. Fortunately, I didn’t screw things up, and Jesse moved in two weeks later. Jesse is easy to love. I’m not sure what he sees in me, I’m just grateful the feelings are mutual. 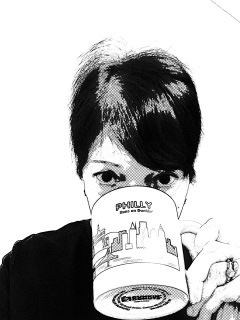 Gale Stanley grew up in Philadelphia PA. She was the kid who always had her nose in a book, her head in the clouds, and her hands on a pad and pencil.

One response to “Crossroads by Gale Stanley”