Congratulations to my fellow Evernight author Libby Bishop on her new release!

Cat shifter Cilla Walton would like nothing more than to mate with Riley Cooper, the man she’s secretly been in love with for years. The problem? The beast in her refuses to allow a mating because it doesn’t think Riley is worthy of being her mate. And until the cat agrees, Cilla can never fully give herself to him.
Riley Cooper, son of the Alpha of their Pride, wants to be Cilla’s mate more than anything. But until her cat accepts his cat as a mate, that’s not going to happen. The only thing he can do is try harder to prove his worth…and hope he didn’t wait too long to start the mating game with the love of his life.
Excerpt:
The smell of food bore down sharply on her senses, and she moved swiftly through the trees and brush to follow it. She was almost silent in her footsteps. Her nose and ears told her everything she needed to know.
She stopped and sniffed the air. Then, she lowered herself behind brushes and trees and leaves, the autumn colors hiding her tawny, black, and bits of white perfectly. She waited…
There it was. Dinner. From the west, unaware and getting closer.
The whitetail came into view seconds later, dipping its head to a mountain stream. It was rare that a doe was alone this time of year, but here she was. At the perfect angle.
She lowered herself more, preparing, using her expert hunting skills and knowledge to make the kill. She was very patient.
Then, with a burst of speed and precision, she attacked. The deer realized her fate far too late and only ran but a few yards. Teeth sank into the neck, and within moments, dinner was served.
****
It was the time of year. She just had to hunt more often to work off the extra rush of hormones and need to feed. She was always careful, staying close to or on her vast property. But today was different. She was on a friend’s property, a trusted friend who was out of town for the day. After retrieving her clothes from the porch of the friend’s home, she jogged to her truck and grabbed a pen and paper from the glove box. She wrote a thank you note and IOU for the hunting. Then, she got back to her truck and took off over the mountain to her house…on the dirt back roads.
She couldn’t help but go a bit too fast today, knowing who would be traversing them as well.
The flashing red lights in her rearview as she turned a corner made her grin. She hoped he was in a playful mood this evening—knowing he was on duty had been the reason she’d picked this route home. Her grin widened as a six-foot-two redhead stepped out of his own truck to walk to hers.
She rolled her window down.
The fair-skinned man grinned back as he rested his arms on the door. “Cilla Walton, you know better than to drive that fast on this road.”
Her blue eyes met his brown ones. “Aw, come on, Riley.” She tried to look as sincere as possible. “I was only doing fifty/fifty-five.”
He chuckled. “On a forty mile an hour road.”
She laughed softly, loving the scent rolling off of him. She knew he was smelling her as well. “Riley Cooper, are you going to give me a ticket?”
He leaned in the window about an inch, inhaling. His grin turned wicked, suggesting all sorts of tempting things. She tried not to visibly shiver.
She won.
“Not tonight, I’m afraid. I’m heading for my parents’ house for dinner with them and my brothers. As you know, my mom’s birthday is tomorrow.”
“Yes. I have something for her,” she replied. “I’m also taking her shopping over in Burlington in the morning, with Ginger and my sister Cat.”
“Dad talked to you.”
She nodded. “We’ll be back before dinner, around four-thirty.”
He leaned against her door and reached a hand in to move stray strands of her tawny-colored hair behind her ear. “You’ve been out hunting…and you got the kill.”
She smiled softly. “Of course I did.”
“Over at Ram and Mara’s?”
She nodded.
“Yeah, Ram mentioned you asked permission to hunt on his and Mara’s land. Why?”
She shrugged. “I just wanted a different place to hunt—the deer near my house are getting suspicious.” She winked.
He chuckled.
Shiver, shiver, shiver… She managed to hide the shiver, but not the scent it caused. Damn autumn air.
“I’ll see you tomorrow, then?”
“Yes, you will. And by the way,” she said as he stepped away from the door while she put it back in gear, “you smell edible.”
He grinned. “So do you, babe. And I plan on remedying that soon.” 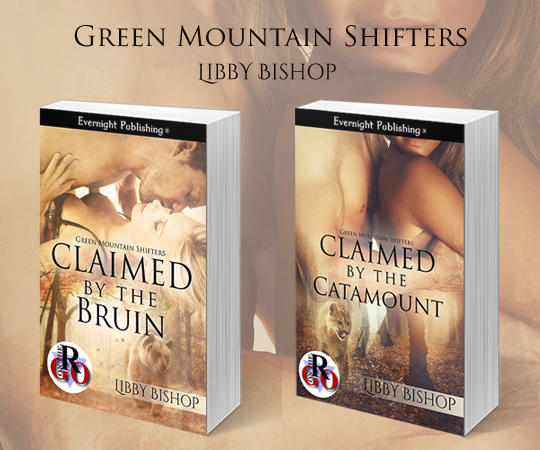