Congratulations to Libby Bishop on your new release! 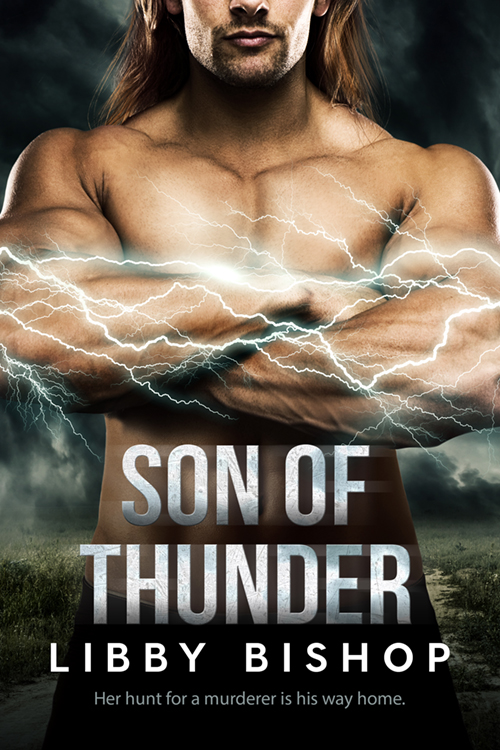 Her hunt for a murderer is his way home.
Rune is the grandson of Thor, and just as strong. Exiled to the realm of Earth for nearly killing his brother–it was a little misunderstanding– he has to find a way to redeem himself so he can get back to Asgard. And when he lands—literally—in the bed of a fiery redhead with an FBI badge, he realizes that she may be the key to going home. But helping Liv hunt a killer has one big consequence—chemistry. He can’t keep his hands off her, and there’s no way they can ever be together.

Six years ago, FBI Special Agent Liv Winter’s best friend was murdered. Since then, she’s taken a two-week vacation around the anniversary of the death to try and solve the case. She’s used every available resource. Yet, her friend’s killer is still on the loose. She refuses to give up—willing to do almost anything to bring the person to justice.

Apparently, almost anything includes trusting a god. And while she might need Rune’s help with her case, there’s no way she’ll ever trust him with her heart.

She walked into the room just as he set the last bowl on the table. He pulled a chair out for her and waved a hand over the food—roasted chicken, potatoes, and carrots, as well as a large salad. “This was all I had to work with.” He folded his arms, smirking a bit. “You’ve never had it like I’ve made it.”
She raised an eyebrow as she took a seat, seemingly unmoved. “I’ve had this meal a thousand times,” she said, putting the napkin on her lap. “It certainly smells delicious, but what makes you think it’ll be different this time?”
He winked, taking his seat. “Try it, then tell me what’s different.”
His words were meant as a challenge, and she smiled as she picked up her knife and fork. “All right, Rune. Let’s see what you’ve got.”
He waited patiently as she started with a carrot, then a potato. All she gave him was a “Hmm,” then she cut a piece of chicken. He was hoping for more of a reaction, and frowned as she ate the chicken without so much as a glimmer of what she was thinking, or how good he damn well knew the food was.
She appeared to be completely unimpressed.
He growled, angry at her non-reaction. How dare she insult his cooking in such a way? He prided himself on his ability to make women practically fall on their knees in front of him just from one bite of food. He shoved the chair back and stood, pointing a finger at her, but stopped when she giggled.
“Sweet Odin, Viking—you are touchy.”
“I dare you to defy how good that is. Dare you.”
“Oooh, a tantrum from a god.” She rolled her eyes. She picked up two carrots with her fork and lifted them to her mouth, but paused before eating them. “How original.”
That did it. “Woman, don’t test me—I’m a god, and you’ll lose.” 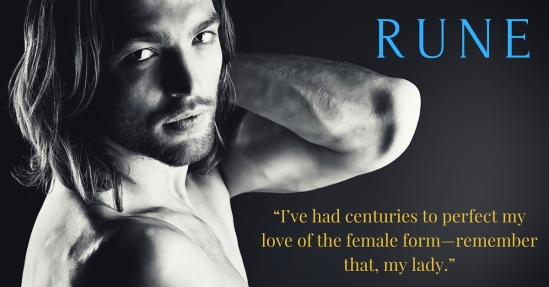 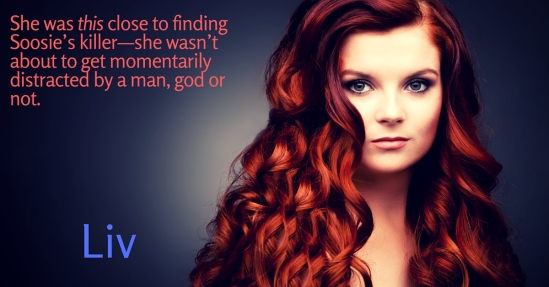 Libby Bishop is a paranormal romance/erotic author.
She loves reading, writing, movies, Lindt dark chocolate, autumn, the SyFy Channel (Haven and Bitten!), and spending time with friends and family. She has one fat, fluffy cat who thinks she’s queen of the house…and really, she is.
She also writes dark fantasy/paranormal/horror under the name October Weeks.
Website | Tumblr | Twitter | Facebook | Pinterest | Instagram
Goodreads | http://www.amazon.com/-/e/B00G8NZGIO