Congratulations to Jennifer Denys on your new release! 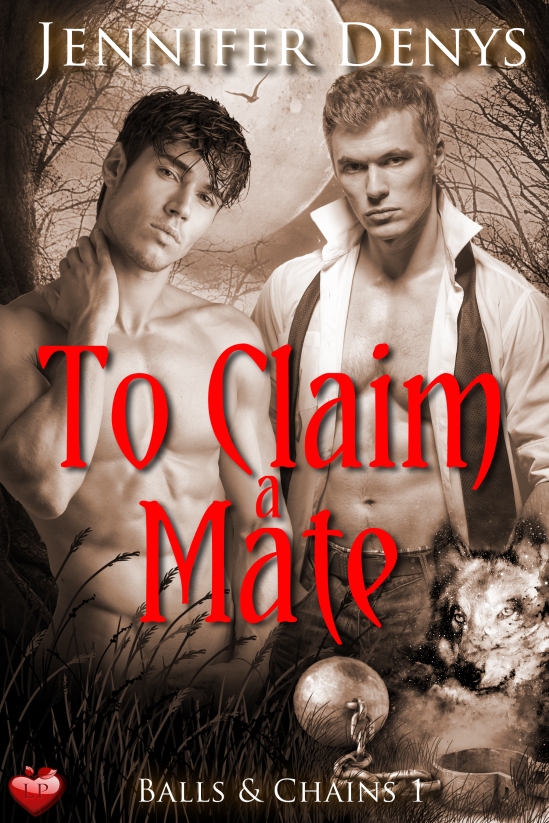 Reader Advisory: The submissive in this Gay Paranormal Romance doesn’t realize he is in an abusive relationship until he meets his true Master.

Making love in the forest as wolves, then in the bed as humans.

Moving on, Cole was drawn into a room which had a cross in each corner of the room with plenty of space to wield the equipment. The walls were covered with floggers of varying types, although nothing stopped a Dominant using an implement from another section.

The scent was at its strongest, practically dragging him toward a slender man in his late twenties, with brown hair the color of hazelnuts. The sub was in the process of being tied face up against a cross on the far side. His chest was bare and sleek, and he wore skin-tight jeans.

The Dom wanted to rip the man’s clothes off and devour him on the spot. So intent was he on reaching his prey, he nearly missed the Master who had finished tying the submissive and came around to inspect the restraints, standing directly between Cole and the object of his hunt.

Andy caught up with him and saw him staring. “Who have you found? Oh, this is Master Dirk. Jared is the sub he is playing with.”

Cole took a moment to calm his inner wolf, unclenching his fists before he triggered his claws. His voice was raspy as he asked, “Are they new? I don’t recall seeing either of them here before.” Actually, he couldn’t care less about this new Master. He only had eyes for Jared.

He didn’t hear Andy’s answer, because, at that moment, he caught the gaze of the bound man. Tangible electricity crossed the room and hit Cole like a silver bullet, slamming into his heart, nearly causing him to change into his wolf in front of everyone. It took everything he knew about Dominance to keep hold of his human side and push down his animal half.

Meanwhile, the submissive’s eyes opened wide in shock, and he bit his lip. Cole’s keen wolf eyesight could detect Jared’s fierce trembling, as he tightly gripped the ropes that held him. Cole willed him to hold on and not transform in front of everyone as the two shared a look of instant attraction, desperate need, and the desire to have sex.

And yet it was more than that. So much more—an inner knowledge, assurance one has finally found one’s other half, and didn’t even know one was looking.

Taking a deep breath, Cole narrowed his eyes as he gazed on Jared, drinking in the beautiful sight before him.

He gave a slight smile of acknowledgment.

Oh yes, this is my mate. And woe betide anyone who comes between us. 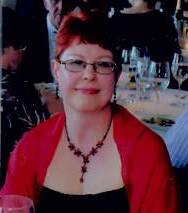 An Englishwoman through and through, she lives in a beautiful historical city and is game to try most things once. She’s had a tattoo done on her calf, flew down zip wires 100 feet up in the trees, and was photographed nude by a professional photographer. All of which have taken place since she turned 50!

Many of her experiences end up in her books… but you will have to read them to find out what!

Do contact Jennifer – she loves to hear from her fans. She posts to her blog three times a week and is on Facebook daily.

2 responses to “To Claim a Mate by Jennifer Denys”