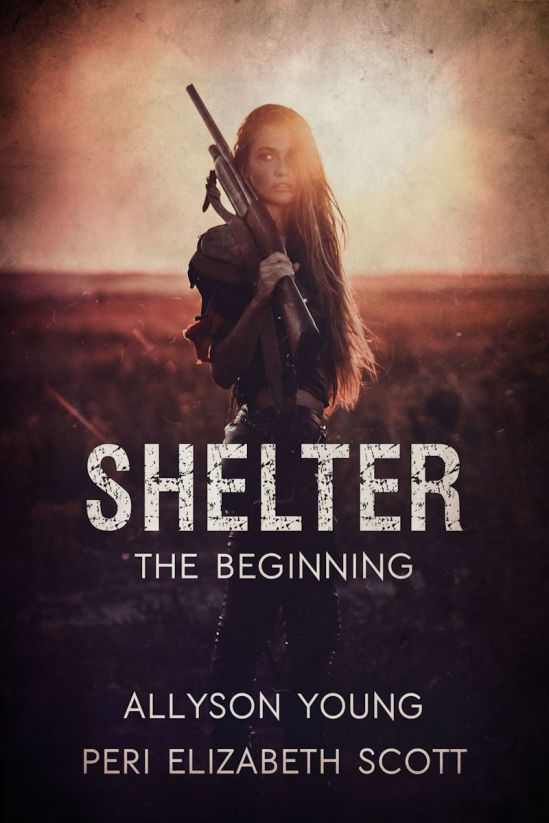 Addison Longwood survived the plague that struck down almost everyone around her. She survived the hazardous trek into the countryside to find shelter within a group of like-minded individuals led by a man she can actually respect. Settled and contributing, she allows herself a sense of hope.

From the remaining military, Captain Jesse Forbes is charged with locating survivors in order to rebuild the country. His initial impression of Addison’s band isn’t positive and he sets his sights on the young woman in order to infiltrate, and assess her leader—the end justifying the means, or so he assures himself.

But there are far greater dangers lurking, threatening the very existence of the survivors. Alliances are forged—and tested. Betrayal cuts deep, lives are lost and others changed forever.

Who are the good guys anyhow?

Wrapped in an old piece of toweling—another item to add to the shopping list—she was squeezing the moisture out of her mane when Jesse Forbes came through the door. One of her guys lingered just outside, guarding the man, but every molecule of her being told her to run, far and fast before she put some steel in her spine and managed a nod.

“Morning. I see you’re up ahead of most everyone else too,” he said.

Making small talk in the showers, with him fully clothed and her … not, sucked. To his credit, aside from one sweeping glance down her body, he looked at her face.

“Seems like it.” She edged around him, catching his amused stare and grabbed up her clothes. “Excuse me.”

“I wondered how long your hair was.”

She blinked, and despite herself, her hand rose to finger the wet tangles. Not particularly vain, she’d left her hair to grow, finding it easier to tie up and out of the way instead of fighting with the unruly curls. Especially now she could keep it clean and avoid the critters that tended to infiltrate dirty hair, particularly among close quarters. It had been carefully secured and out of the way on the mountain that day so he couldn’t have known.

Deciding not to answer, she ducked into the tacked-on separate room, no more than a tent, thank goodness for the temperate climate. She rubbed furiously at the dampness still on her skin and then yanked on her jeans under the cover of her towel. She pulled on her shirt, only then using the toweling to wring more moisture from her hair.

“Sorry. Again. I seem to put my foot in my mouth around you. And I’m not yet privy to the rules around here.” His smooth baritone sounded too damn close and she wheeled around, cursing the fact she’d turned her back on him. And he was between her and her rifle.

She hadn’t been mistaken about his size and breadth, although refused to feel intimated—or anything else. Besides, his guard was close by. Her brain processed his educated comment. Sometimes he sounded like an average Joe, then next, a college professor. Privy? Her obsession with books allowed for the interpretation, but still…

Forcing herself to project calm, or whatever felt close to that, she said, “Are you asking about segregation? Of the sexes?” And why had she used the word sex in his vicinity?

“That, among other things.”

“Mitchell, I mean, the Colonel, will apprise you.” She thought she saw a glimmer of intrigue in those strangely colored eyes but it passed too quickly to be certain.

“He said he’d assign someone. As a guide. Aside from my armed escort.”

“Is there a time that’s better for me—and the guys—to shower?” His hands went to the collar of his T-shirt and he tugged it over his head.

Addy had seen enough torsos—and other man parts—in her life. How could she not, given her history and where she now slept? So Jesse’s cut chest and chiseled abs shouldn’t have had any effect on her. And they didn’t, her excellent self-control surging to the fore. They. Did. Not.

“No set times,” she said, infusing her voice with casualness. “This shower is communal for the fighters. The camp defenders, I’d guess you’d call us. There’s another, larger one for the rest of the camp. The guys make allowances for us four women—me, Marcia, Denise, and Laura—first thing. I woke up earlier today.”

“I slept fine,” she lied. “I woke early, is all. So if you hurry, you won’t be disturbed by the other women when they arrive. Unless it won’t bother you.” For sure it wouldn’t bother Denise and probably not the other two.

“I’ll just be quick then.” His long fingers reached for the button on his khakis. It didn’t escape her notice he didn’t remark on being disturbed by the women.

Refusing to look as though she was fleeing, Addy folded her towel before turning on her heel and stalking out, dipping to snatch up her rifle. The glimpse of his naked, sculpted butt and strong legs was emblazoned on her retinas, but she blinked the vision away. Add arrogance to his confidence. Not necessarily a nice mix.

Allyson Young aka Peri Elizabeth Scott lives in cottage country, Manitoba, Canada. She and her husband pretend to work well together in their seasonal business.

A bestselling Amazon author, a hybrid, and a coauthor, as of April 2018 she has published seven series and several standalones, with others in the works.