Congratulations to Valerie J. Clarizio on your new re-release! 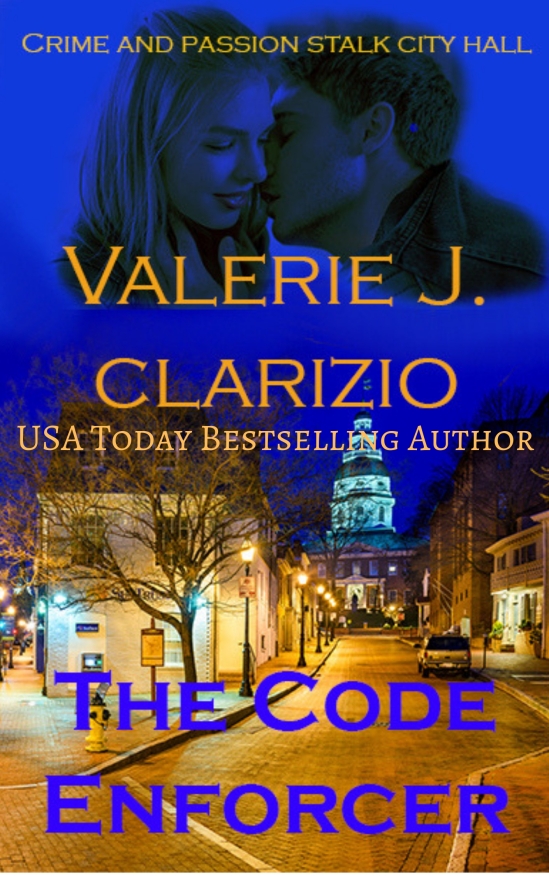 Will this damaged cop and wounded veteran overcome their inner demons in order to work together to escape the claws of death and perhaps find love in the process?

Having been made the laughing stock of her hometown by her cheating ex-fiancé, Investigator Markie Pearson has sworn off overly-confident, good-looking men. When Bryce Hawk strolls into town, Markie quickly realizes he’s the classic example of a man she needs to keep at a distance.

Ex-Marine Bryce Hawk moves to small-town Wisconsin after his military career-ending injury. All he wants to do is hide in his mundane job as the city’s code enforcer while he sorts out his life. What Bryce doesn’t account for is Markie, that emerald eyed beauty, walking through his office door on day one. Too bad it’s too, late. Women are not in his plans, nor will they ever be…especially Markie, the one who gets his dormant juices flowing while irritating him at the same time.

When the municipal code violators that Bryce is investigating are murdered, Bryce becomes Markie’s number one suspect. Or, is he another target? Is she?

Valerie Clarizio lives in romantic Door County Wisconsin with her husband and two extremely spoiled cats. She loves to read, write, and spend time at her cabin in the Upper Peninsula of Michigan.

She’s lived her life surrounded by men, three brothers, a husband, and a male Siamese cat who required his own instruction manual. Keeping up with all the men in her life has turned her into an outdoors enthusiast, of which her favorite activity is hiking in national parks. While out on the trails, she has plenty of time to conjure up irresistible characters and unique storylines for her next romantic suspense or sweet contemporary romance novel.