Part 1 of the crime thriller Carnivora (the sequel to Wild Hearted) was published in September 2019. 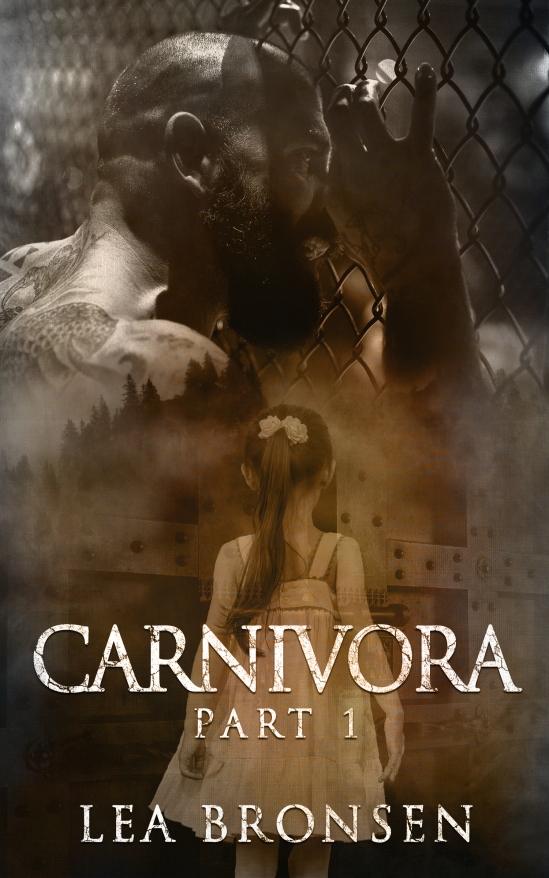 TOMOR
Crime lord Tomor is serving a life sentence behind bars. Without warning, he’s abducted by mysterious men. A sick manhunt is on, with people around him dying like flies. He will need all his street flair and gangster skills to prevent his loved ones from ending up on the death list.

LUZ
Luz grieves the loss of her lover while striving to take care of their baby. The last thing she needs is to fall for the new neighbor.

DAVID
A year after he betrayed his adoptive father and sent him to jail, David is slowly rebuilding his life. Then everything falls apart again: He learns that Tomor has escaped, and at the same time, his police connections lead him to a child sex trafficking ring involving cold, powerful men.

The cops are in over their heads with “Operation Carnivora” … Perhaps the only one who can help bust the pedophile predators is an equally vicious devil: Tomor, the country’s most hunted criminal.

He just wants to die. That’s when the manhunt begins.

Add part 1 to your shelf on: 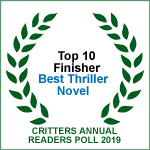 How do you kill yourselves when locked down for life, far away, deep down, with nothing but a dirty mattress and a hole in the ground.

Oh boy, when you love a good written, heavily intriguing, dark vicious story, READ this one! It all plays in the shadows, no safe place, not one. Forces coming from unknown places, and pitfalls everywhere.
Vigor, fortitude, exhaustion, and despair altogether.
It’s impossible for me to describe this unique read. There are a few threads running beside each other.

Tomor
He made me gnars my teeth, I got thick goosebumps and I wanted to scream. Tremendously intensely developed personality. Ghawd!!

Luz
Away from the one love, who matters to her. Now, a forced, non-consenting, new life. Alone with only booze.

David
Yearns for his unreachable love, terrified at the same time to meet him again.

The writing style floored me, strong lines, strong language, fast paced without a hastily feeling.
The anticipation is …killing !! I hold my breath more than once.
From different pov’s we are a witness of an intelligent, passionate intriguing story that unfolds before our eyes. It’s an extremely intense journey and it’s not over yet!! Part two is just around the corner. I CAN’T WAIT!!

Another terrific, hard-hitting novel by Lea Bronsen — the sequel to her tough, hard-boiled “Wild-Hearted” of a few years ago. Fans of that earlier work will definitely want to learn the “what-after” of the main characters — crime lord Tomor and his lover Luz — as fate has separated them (hopefully not for too long!) and they struggle with all the complications of their individual stories.

If there is any downside here….its that after reading at a breakneck pace….you hit a cliffhanger and “wait for Part 2!”….hopefully at some time, the series will be in one volume, so readers can enjoy the whole arc of this powerful story!

Holy **** (insert curse word here), I’ve been waiting for this story to come out, not so patiently, I’ll add. Lea didn’t disappoint. This book made me laugh, cry, scream, and smile so much on a loop that I had serious concerns that my family was about to admit me into a mental hospital. I’m still not convinced they won’t try.

In any event, you won’t be disappointed with part 1 of this story…the cliffhanger though, well, you’ll just have to read it for yourself.

After thought: I’m rooting for Matt. 🙂

Although this is not my usual reading genre, Carnivora kept me captivated from the start. I couldn’t put the book down.

Is it wrong to say I’m rooting for Tomor? His character is emotionally (and at times physically – that first agonizing moment in prison is impossible to forget) intense, but Lea Bronsen has written him in such a way that regardless of the crimes he’s committed, I wanted him to succeed in his quest throughout the book.

The novel provides five different points of view, each belonging to a different character. Each one was well separated and easy to follow. Overall, Lea’s writing is superb as always, and easily drew me into the dark world of Carnivora.

The book ends on a cliffhanger, with many different questions which need answering, so I’m looking forward to the next part of the story!

I just finished reading Carnivora by Lea Bronsen. I’ve read her romance/erotic before and really enjoyed them. I have never read a thriller by her and let me tell you I CAN’T WAIT TO READ MORE!

Tomor is in prison when he’s suddenly kidnapped. He’s also the only one that may be able to break open the case about child sex trafficking. This crime lord isn’t innocent and he isn’t weak…

Wow, a thriller is right. I could not stop turning the pages in this book. I had to find out what happened! This is definitely a dark subject so I’d warn you about trigger but I do recommend you give Carnivora a try. Tomor is not the hero that you route for, he’s the bad guy you want to succeed. There is just action upon action upon intrigue upon intense suspense. Tomor, David, Luz, Vincent Ed: Each character has a distinct personality. I think Luz is my favorite so far. The only issue I had is the point of view. It’s first person and third which is a little distracting. If thriller is your thing than Carnivora should be at the top of the to read list!

Thanks to these lovely bloggers for hosting the release!

The other books in the trilogy:

Part 2 is in the making with an expected release in March 2020.