Evan Foster is left with nothing after his father screwed up their family company. Evan’s father ended up in jail, his mother in a mental institution, and they lost all their possession to the bank. Evan dropped out of college and he still has to pay for his mother’s treatment. He has a job at a diner but it isn’t nearly enough.

Brian Donaghue is a millionaire with a multinational company but isn’t lucky in love. When he sees the picture Evan sends in with a resume, he’s immediately interested. But the way he ropes Evan into his company is far from conventional. Brian makes Evan an offer he can’t refuse.

Note: may contain sexually explicit scenes of a homoerotic nature.Evan’s heart constricted looking at the huge manor standing before him. It reminded him of his family’s former house although that wasn’t as big as this. He shook off the mental picture and strode to the security post, another thing different from his family’s home.

“Hi. I’m Evan Foster. I have an appointment with Mr. Donaghue.” The security guy looked him up and down, making him squirm.

“Can I have your driver’s license?”

Evan gave the man his driver’s license and got a visitor’s card in return.

“Thanks.” He turned toward the house.

“Wait. There’s a message for you.”

“Huh?” Evan took the envelope from the security guard’s hand and opened it. There was only one small piece of paper inside and he took it out.

Go into the house and come to the room at the end of the hall.

Evan climbed up the short flight of stairs to the porch and reached out for the door knob.

“Hello?” His voice echoed in the large empty hall. Inside, it was dimly lit just like it was outside the house. Evan braced himself. He had permission to be there and instructions. He might as well do what he had to do.

Evan knew he had to get to the room at the end of the hall but he couldn’t help but feel intrigued and wanted to look around. Everything a mansion should have was here in this house: a vast welcoming area for guests, carpeted stairs spiraling up to the next level, and old portraits hung on the walls above the railing. Once he almost strayed, completely spell bound. He shook himself mentally and turned back to the hall.

After passing several rooms and doors, he got to the end of the corridor. He guessed it was the one on the left, for the one on the right was some feet before that. Evan tried the door. It was unlocked and dark inside. He felt around and found the switch. His breath hitched at the sight he was welcomed with. The room was bare, save for the thick red rugs on the floor and another piece of paper. Evan was written across it. He picked it up, turned it over, and read another message for him. Suddenly all of the air felt like it was being sucked out of his lungs. His sight blurred and his knees turned to jelly. He staggered until his back hit the wall, the pain throwing him back to awareness. He looked at the paper once more, hoping that it was just a figment of his twisted imagination. It wasn’t. The message still read the same.

Take off your shirt and shoes. Kneel on the floor in the middle of the room. Put your arms behind your head.

What was that supposed to mean? He signed a contract to be a personal assistant and not some … sex slave or something. Or was that what they meant by personal assistant? Bile bubbled up in his throat. So it was for this reason that they paid him high, huh? A high-class whore? Evan wanted to run away, not having anything to do with them or the man named Brian Donaghue, whoever he was. He just wanted to forget he’d ever brushed with this … this kind of stuff.

Iyana lives in Jakarta, a city famous for its traffic jams, a lot of cars and motorcycles, and people selling stuff on the roads. You can spend two hours on the road going to a place you can reach in half an hour in a normal situation. Thanks to the traffic jams, though, Iyana can come up with a lot of stories, mostly shorties, as she prefers to spend the time during her trips writing into her cell phone rather than sleeping.

Another thing Iyana loves is kitties. Right now she has five of them. Their names are Larva, Nyil, Cil, Betsy, and Horus. When she doesn’t write, she plays with them, or they would play with her when she writes.

The website where I ‘borrowed’ this blog topic said that this idea is to ‘put new writers’ minds at ease.’ I’m not sure if the list can put anyone’s or my mind at ease or not but I’m going to try. It can be about obstacles or general problems. This list doesn’t go in any particular order.

Time is more or less my number one obstacle in writing. I’m not complaining if I say that I’m too busy with my daily activities, just stating a fact. I work at the office from morning till afternoon and every day besides Friday I have a class to teach in the afternoon until evening. I’m too sleepy when I get home, sometimes, to open my computer. That’s why I rarely write with my computer. I usually write my stories into my cell phone and copy them to a word file. It’s much better that way.

I don’t have a desk or specific working station to write. At home I simply sit on my couch with my fan, surrounded by all the cables I need for my computer, modem, etc., with my kitties Horus and Betsy curled up around me. It’s not a really conducive place to write, often so inviting to just follow my cats to simply lie down and relax and read a good book. It just makes it worse when you’re tired after work.

English is not my native language but I’d rather write in English than in my first language. When I write in Indonesian, my own language, I tend to write as I speak and it would sound so crude. I’m not too familiar with formal Indonesian, which is usually used in stories here. I found it quite the opposite when writing in English.

Writing in another language, though, is a bit difficult for me. I have somewhat limited vocabulary and it makes me need more time to find suitable words. I’m also quite slow in finding very effective words. Some grammar points, such as articles and prepositions, often trouble me. I have to learn a lot. Still I prefer writing in English than in Indonesian. 🙂

Have you ever experienced this: you plan to continue one of your WIPs when suddenly you see something … oh, shiny! That’s it. Social media sites, Facebook, twitter, Pinterest, you name it. You see a pretty picture and all of a sudden you’ve spent an hour or two on the sites. Even writing on my cell phone, I’ve got this problem, too, and I have to fight very hard not to open the browser.

Doing what, you ask? Well, this, writing a blog post. I’m not saying this is a bad thing. It’s quite the contrary. Being a writer in this Internet era, you have to be ready to be active promoting your work. Writing blog posts to be posted on your own blog or others’ is just one thing of the many. Having blog tours, updating your website, interacting through the social media sites, all of those will take quite a lot of your time. Yet, you have to do them whether you want it or not. Publishers nowadays won’t accept work if the author doesn’t actively promote their work. You also don’t always post about your own work. It’s all give and take. You help other authors and they will help you promote your books. As an author, you no longer live in solitary.

These are just some of the many obstacles writers face in writing. How about you? What is your obstacle? 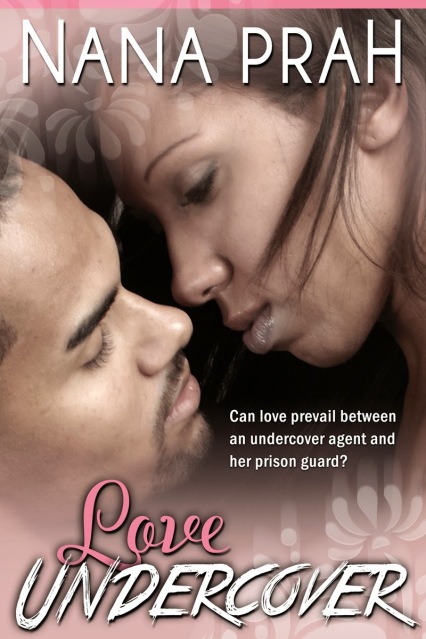 Hotshot Secret Service Agent, Sarita Cerez is thrown into a medium security prison—for work. Her job is to protect the daughter of the president of South Korea. She never envisioned making friends with illegal immigrants or falling head over heels for one of the guards. Now the clandestine activity, which is integral to protecting her charge, may destroy her only chance at love.

He’s never fraternized with the inmates—until he met her…

Matthew Carter always plays by the rules, which includes maintaining a strictly professional relationship with the inmates in his charge. But when Sarita saunters onto the unit, all bets are off. Her status as a deportee with a permanent ticket to Columbia means they can never be together, but try as he might, this doesn’t stop him from risking his career for her.

He’s a man who values honesty above all else, and she lies for a living. Can two people from such different worlds find any common ground? 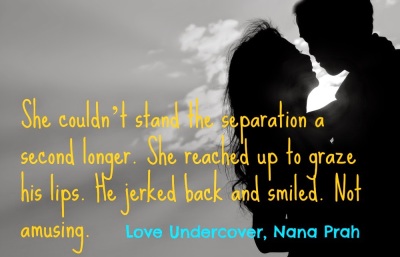 As inappropriate as the situation had turned out to be, Sarita was his. At least until she returned to Columbia in what? A few days? A week? No matter when, she would go. “No wife or girlfriend to hang out with.”

Her chest deflated with her released breath. He wished he could have taken her air into himself. I’m screwed. “What about you? Are you married or have a boyfriend waiting to break you out of here at the first opportunity?”

Her eyes blazed into his. “Single as single can be.”

The admission sparked something deep within him. He had to touch her. Nothing else mattered except having his fingers glide over her flawless mocha skin. The all-encompassing urge pushed him to stand.

With a controlled effort he strode to the area across from the television and leaned against the wall.

On every unit, one spot existed where neither the cameras nor inmates could see.

Management knew about it, but the cost of adding a third camera would be too expensive for the facility to contemplate so they left it. At least that’s the story Matt had been told.

He’d never used the spot, but as he waited for her to join him, he couldn’t imagine being anywhere else.

He motioned her to him with a crook of his index finger. “Come here.”

Nana Prah is a multi-published author of contemporary, multicultural romance. Her books are sweet with a touch of spice. When she’s not writing she’s reading, indulging in chocolate, and enjoying life with friends and family.