“There.” Tomor finished carving a neat, precise cut in Otis Webb’s throat, so close to the carotid, he could see the bared artery quickly pulsating in the bloody flesh. He put the razor-sharp scalpel in front of his nose, smelled the coppery blood, and turned to the teenager. “You get the honor.”

David accepted the small shard of metal and glanced at the naked man, gagged and taped to the table between them, eyes wide open with terror. Sweat ran down Webb’s trembling body and the acrid stench of urine mingled with the metallic warmth of blood.

With the two cadavers on the floor, the place stank like a slaughterhouse.

David threw a pleading look to Larsen, but the grinning man flashed his teeth back in an uglier smirk. “Will make a man of ya.”

Expertly reading the boy’s eyes, Tomor hesitated. The gang’s adoptive son matched the two men’s height, but like all teenagers, he seemed embarrassed by that and kept a hunched posture. Now he slouched more than usual, and in spite of his cool neo-punk and street-fashion look, he remained a child.

I was a child once, too. Tomor frowned. He didn’t like pressing David. Yesterday, he wouldn’t have cared, but after meeting Luz this morning… He pictured the honesty in her eyes, recalled the photos on her wall. Her agreeing to hide him from the police last week was coincidental; she would never have wanted to help had she known his identity.

But the kid needed to be hardened. Can’t allow mercy in our world. He sighed and turned to David. “You know why I hunted down this sorry piece of shit?”—he nodded toward Webb—“It’s ‘cause he set us up and got Stan killed.” His gut filled with venom.

David met his eyes and nodded, but didn’t seem to like his task any better.

Tomor glowered at the man who got a gang member killed and nearly took him down, too. He’d been close to dying that day. It wasn’t the first time nor the last, but he still silently thanked his saving angel. I hope you never see me like this, sweetie. Raging mad with hatred.

A childhood episode flashed in his mind. An older friend of his had lured an old, demented man into a trap and prepared him for the same kind of execution, wanting to give young Tomor a lesson.

Laughing, the friend had grabbed Tomor’s small hand and shoved the scalpel into it, instantly making his fingers bleed.

David sneaked another glance at the prisoner and asked with a sheepish voice, “How long will it take him to die?”

“About a minute.” Tomor leaned forward, long strands of his black hair brushing the trembling man’s face and sticking to its sweat. He pushed a probing finger inside the warm wound to feel the artery—Webb’s very life—beat against his fingertip. “You’re so done, you fat fuckin’ ass.” He took his finger out and smelled it, inhaled his enemy’s coppery scent again.

As David squirmed away and closed his eyes, Tomor’s mind went back to the childhood scene.

“Consider it your baptism.” The friend had grinned. “When you’ve stuck the hole in the vein, do like this, so the blood sprays on you.” He’d bent his head near the old man’s open throat and cackled from his own wit.

Tomor stood still for a moment, lost in the past.

Snapping to, he refocused on Luz. She would have wanted him to give David a choice. Tired, he removed the gun from the back of his belt and pointed it to Webb’s naked groin. “This is for Stan. Remember him? The Indian?” He gave the terrified man a cold glance and got a weak nod in reply. He nodded back and fired, shattering the male organs into a bloody mess of meat, bone, pubic hair and urine.

Webb howled against his gag, a sound so horrid a cold shiver run up Tomor’s spine.

“And this is for me.” He moved the gun barrel to the man’s fat, trembling stomach. “You almost got me, you know.” A second detonation resonated in the low-roofed room, momentarily overshadowing Webb’s new horrendous howl of pain as the bullet pierced his intestines and fresh blood poured out of a hole in the pale, greasy belly flesh.

The stench of defecation excluded all other. Tomor contemplated the damage and raised his voice, ensuring Webb could hear him. “I want you to bleed to death, slowly. That’s what you deserve.” He nodded to himself. That’s what Stan would have wanted. “Problem is, if someone finds you first, you’ll squeal on me again.” He turned to his second-in-command. “He’s all yours.”

At Larsen’s satisfied grin, a panicky wail escaped from Webb’s gag and his eyes widened, giving his face an image of perfect horror. His tied ankles knocked a fast beat against the table, their rattling noise symbiotic with sudden, violent convulsions of the torso and retching sounds from deep in his throat. The fucker might drown in his own vomit.

With a placid, translucent look, Larsen leaned over the agonizing man, placed a couple of gloved fingers on Webb’s nose and squeezed the flaring nostrils shut.

Tomor turned away, exhausted, and made for the door. 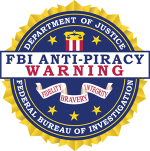