Every once in a very rare while, I’ll take time off my writing and pick up someone else’s book. Both to sate a thirst for entertainment and to refill my motivation cup.

The city of Venice has been rebuilt on the far planet of Cydonia. Despite the uneasy presence of the mysterious, only part-human Sand Riders who roam the Cydonian deserts, The Black Carnival has become a celebration of beauty and lust known all over the Galaxy.

What more can I add to that? The description says it all. And to be honest, the book is so extraordinarily good, I’m afraid that my simple words won’t do it justice. I’ll still give it a try:

It would be easy to label Black Carnival merely as a sex manual, thanks to its extensive explorations of different sexual positions, tools, and “tastes” – from tender sensuality and romance on one side to near-sadistic games on the other, and everything you can think of (or haven’t, until now) in between. It is all narrated and explained in such length and graphic detail, don’t be surprised if at the end of each chapter you are in sweat, panting, repeatedly brought to climax by the spectacular depiction of the author’s imagination.

But there is more. There is art, the art of mastering the written word. Like the huge, glowing painting screen in Lukan’s home displaying a new magnificent mythical scene each time Ivory comes to visit, every scene in Black Carnival is an art tableau carefully and skillfully painted by the author. I’ve rarely read a book whose colorful settings as well as character actions and wide palette of urges, emotions, and senses are so vividly brought to life, I am immersed in the story and seeing (feeling) it unfold like a motion-picture. In fact, should I be asked to pick a book to be adapted for the big screen, Black Carnival would be an obvious choice. Just remember to bring a fan (or your boyfriend).

You can find the book on Evernight Publishing, Amazon.com, Barnes & Noble, and Kobo 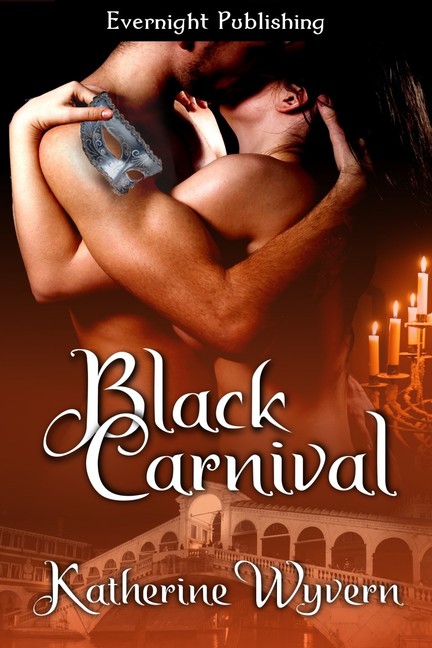