So, hurry to the event page, get registered, and play for a chance to win fabulous prizes!

What amazing news for a thriving author! Both The Perfect Shoot and High-Risk Fever got five stars on Goodreads today:

“Fantastic book. Wonderful characters. I was pulled into this story from the start. Outstanding job, Lea!”

“This is the third book I’ve read by Lea. I’ve been wanting to give her a five stars review and this is the book that did it for me. In my opinion, this is the best book she has written. The characters were well developed, her descriptions were amazing and it was HOT HOT. I love when I read a book and everything is perfectly clear in my mind. It’s like seeing the story come to life in my head. I would highly recommend this book to anyone who likes a good, hot, well written story. I’m looking forward to her next book.”

Big thanks to the reviewers 🙂

Thanks to all those who participated in the blog hop! We hope you’ve had fun reading excerpts from our books and answering our questions.

Welcome to the Winter Heat Blog Hop! Over forty authors and bloggers are participating with great posts and giveaways. Don’t forget to enter the Grand Prize giveaway for jewelry! You’ll find all details below along with a link to my fellow participants. Enjoy the hop!

My first novel with Decadent Publishing was released a few weeks ago. I’m incredibly happy to see it published as I started it all the way back in the spring of 2013, in response to an erotica anthology call. The antho didn’t happen, but I continued writing, broadening my genre spectrum from hetero erotica to GLBT and ménage. Though I’d already told the story of a gay boy in my debut novel Wild Hearted, describing full-on gay acts and choreographing steamy foursome scenes so long they spanned over several chapters was a new experience and quite the challenge! *laughs* I hope you enjoy this wild ride of mine as well 🙂 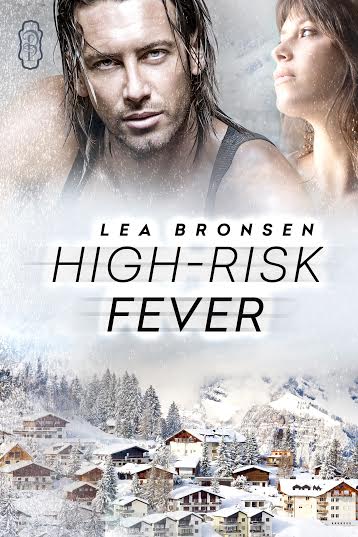 Breathing deeply to calm her nerves, she approached the unfortunate bicyclist and bent to grab his handlebar.

Surely by pure coincidence, one of his gloved hands landed on hers, curling strong fingers around her small ones and helping her pull until the bike stood upright between them.

Still, even as he stood on his feet, his hand lingered, holding hers firmly on the hard-plastic handle.

Anne looked up into his face, seeing him for the first time. How in the world had she missed such a jewel earlier? Among tanned, Latin features, a pair of black diamonds sparkling with mischief stared back without shame. His long, black locks were swept back in a ponytail, revealing a single golden earring in his left lobe. Large chest muscles heaved beneath a tight, pink spandex shirt, begging to be caressed by a woman’s hand, and black chest hairs peeked from the open collar.

Unable to believe the seductive intensity he exuded, she sucked in a breath and held it while the world narrowed. Her head buzzed. “What?”

“What?” The beautiful bicyclist used the same low tone, his full lips forming a teasing grin inches from her face. He was so near she could smell his hot breath. Intoxicating.

How had he come so close? And how long before her husband noticed?

Thankfully, Brian’s calm, indifferent voice rose behind her, addressing the blond bicyclist. “So you’re looking for a place to stay?”

Anne tugged at her trapped hand and took a demonstrative step back. “Please.”

“Oh.” Feigning surprise, the dark beauty lifted an eyebrow and removed his hand, allowing her to retrieve hers. “Sorry,” he added, rolling a thick R with his tongue, keeping his lips parted a second too long. A move so deliberately naughty, her stomach knotted with need.

As she retreated, he studied her face with a grin, arrogance and amusement gleaming in his dark eyes, before turning his attention to the two other men.

Blood pulsing in her temples, she copied his movement.

I hope you enjoyed this little read. Now, to the PRIZES!

To win my own blog hop prize – an ebook copy of High-Risk Fever – please leave an answer to the following question in the comment section (don’t forget to leave your addy):

What exactly does Anne find attractive about the bicyclist?

Hop to the NEXT STOP here.

To celebrate its release, High-Risk Fever will tour the book blog sphere December 8 – 19. Look out for guest posts, interviews, and giveaways! 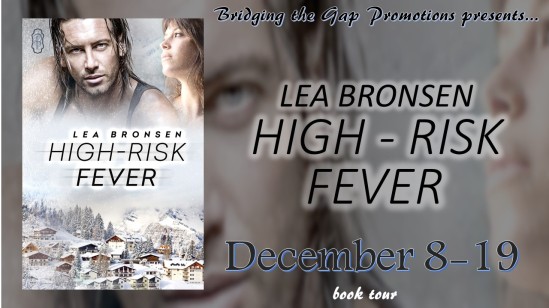 So, who are all these characters we authors bring to life? Are they pure products of our imagination, or are there real-life people behind their names, looks, personalities etc.?

Well, every single book of mine has at least one inspiration.

Those of you who were around when I published Wild Hearted already know the badass gangster hero was inspired 100 % by the one and only, the fabulous, actor Michael Wincott.

His to-be girlfriend Luz was named after Spanish pop singer Luz Casal, because I listened to her back in 2011 when I started writing Wild Hearted, and my heroine needed an unusual name. 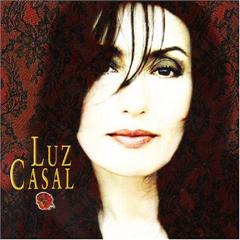 The psycho kidnapper and rapist was inspired by Overkill frontman Bobby “Blitz” Ellsworth – but only his looks, as the guy is the sweetest person there is and one of my favorite artists ever! 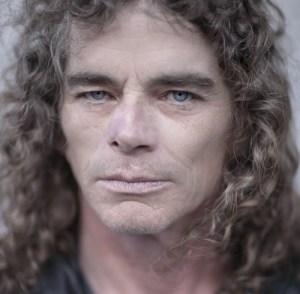 Shawn Torien, the rock star hero of my short story My Biggest Fan, was given the last name of another celebrity: Bulletboys vocalist Marq Torien – simply because I dig his voice!

Some of you may know by now that Yushka, the model hero of The Perfect Shoot, was inspired by real-life model Umid Yuldashev. His looks just fit my character – you guessed it, perfectly.

But what you don’t know, is that another character in this book, photographer assistant Angéline, is named after sublimely beautiful model Angelina Cavanaugh!

And last but not least, the baby in High-Risk Fever was named after my twin soul DC Stone! Just because… I love her. Again and again, she has inspired me to keep writing.

Now, who’s next? Any suggestions?

“This book should really be nominated for Hot Read of the Year. It was engaging, full of sexy scenes, and on top of it all, there’s this suspense that lasts until the end of the book! You never know what’s going to happen, and every word keeps you with anticipation. I couldn’t put this down, and readers everywhere will feel the same. This is officially going down as my all time favorite book by Ms. Bronsen!”

The lovely Tara Andrews interviewed me today about writing, being a writer, and my new book High-Risk Fever!

I can only be humbled at these words:

“If you enjoy erotica, this story is perfect. Anne is an unsatisfied wife until a very hot Italian shows up at her door, leaving her very hot and confused all at the same time. Lea Bronsen’s descriptions were vivid and intense. I enjoyed every page and hopefully she’ll read this review and get to work on the sequel.”

“I’ll admit this story is a little different reading than I usually do, but loving to read Lea Bronsen’s other works, I jumped at the chance to read this one. Lea has a natural ability in going deep into her character psych. This story is no different when Anne takes a exciting, daring journey of self discovery.”

*Squeeee* My fourth published book has been released on several sites!

You can also add it to your Goodreads list 🙂

“I must be delirious.” Anne

Allow me a *squeal* of excitement!!

Take a look at the beautiful book cover for my erotica High-Risk Fever, soon-to-be released by Decadent Publishing. Can you tell how excited I am?

I’m very excited to announce that my erotica novel High-Risk Fever is contracted by the fantastic publishing house Decadent Publishing. Getting this far has been a long process, and I can’t wait to start working with their reputed team of editors and polishing my script. More on release date, cover reveal etc. as soon as I get word!